She lives and photographers in Johannesburg, South Africa. Remofiloe is a Through The Lens Collective student and a Market Photo Workshop graduate.

Mayisela’s work explores aspects of young women’s lives, through evocations of her own experiences of dysfunction in her community and family. And uses her photography to bust open the conversations and questions social taboos in its subtle exploration. There is a distinction between her craft and her own life in the images, which read like a journal of authored images made in privacy.

The Arts and Culture Trust (ACT) Lifetime Achievement Award is presented to arts professionals whose careers have shaped the culture of South African art in a significant way. This award recognises excellence in arts advocacy, literature, dance, theatre, music and the visual arts. To celebrate heritage month in this, its 21st year, the ACT is launching the Warrior Wall Heritage Project to highlight five previous recipients of this  award:  Miriam Makeba (Music), Sylvia Glasser (Dance), David Koloane (Visual Art), Don Materra (Literature) and Dr. John Kani (Theatre). These legends will be celebrated for their unique contributions to the heritage of the arts and culture landscape in South Africa.

Legacy and impact are at the heart of this project which strategically places contemporary artists in conversation with these world-renowned arts and culture legends. It is essentially highlighting the value of making artists visible to society and the impact that art has on heritage in  our country. It also foregrounds the success of our most recognised legends, as the young minds they influenced take on the baton and shape culture in their own ways.

Five contemporary photographers have been selected to  produce photographic interpretations of the five icons. This project has entailed these emergent black female artists (all trained at the Market Photo Workshop, Newtown) representing their own understanding of heritage through their unique lenses coloured by  personal contexts. They have found many personal and creative parallels between themselves and the legends they are honouring, resulting in trans-generational creative conversations in their works.

As the curator of this project, Mayisela had the challenge of working with photographers at different levels in their careers, from photographers who are still students (Mahooe and Thabede) to more established photographers (Ngemntu and Phakathi) and trying to facilitate photographs that spoke to each other. For Sebobe it was essential that the photographs speak to the heritage theme of this project as she believes the work of a photographer is not their own but belongs to the viewer who interprets it.

Mayisela’s own photographs for the project are portraits of the five icons, each with thematic hand-rendered drawings. Sebobe’s aim was to expose the fact that art functions as a kind of currency because it can travel all over the world, adding value to different cultures. Sebobe’s portraits elevate the icons to being currencies. In the same way that the face of Nelson Mandela is on the South African currency today, Mayisela shows that the icons who have fought for the South African arts embody value and worth, that our arts and culture should be treasured and protected.

The ACT Warrior Wall Heritage project is a vital contribution to the heritage conversation in South Africa. Each photographer’s integration of the work of the five icons into their own photography deals with heritage and resilience in a unique way. From the resilience and hope in Mahooe’s images, to the celebration of a new way of moving in Ngemntu’s pieces and the city of Johannesburg rendered in vibrant collage in Thabede’s work – the theme of re-imagining and forging new paths permeates all of the photographs. Phakathi’s work reminds us of heritage’s ties to land ownership and the resilience that is still required to engage in land discourse in South Africa and tying all the works together is Sebobe’s portraits of each icon, rendered as faces on a currency to highlight the value of South African heritage.

All the photographs attest to the strong guidance of the mentors in this project: Thato Mogotsi, Buyaphi Mdledle, Loyiso Oldjohn and Rolihlahla Mhlanga who assisted the photographers in exploring heritage in such a robust manner, with multiple entry points for the public to engage in this heritage conversation. 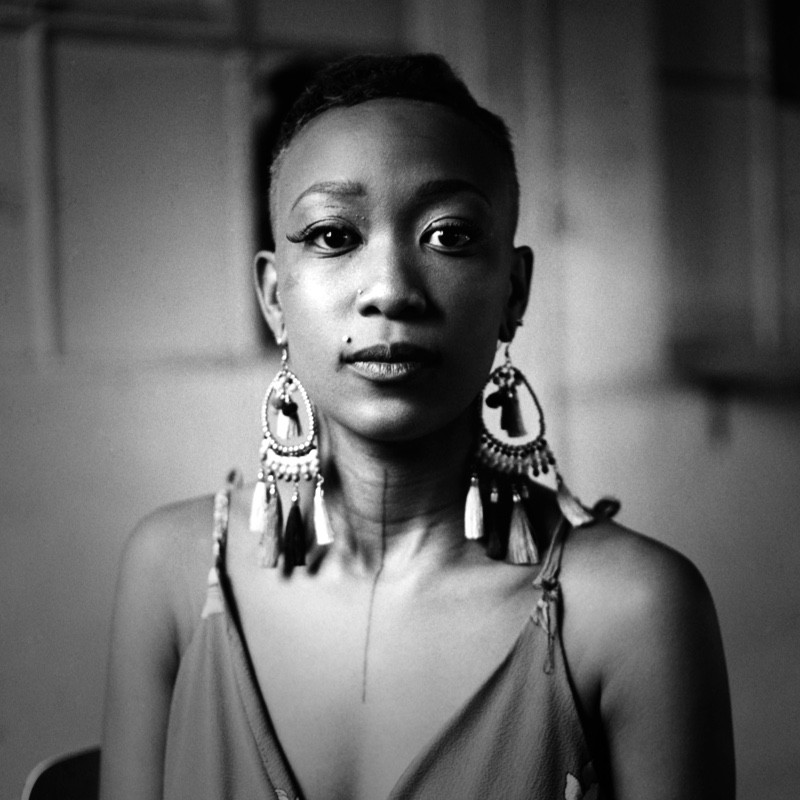