Ntombi(Zegugu) Ngemntu is a passionate commercial photographer from the Vaal, she is from a small township called Boipatong in the Vaal. She studied Photography and multimedia at the Vaal University of Technology (2014-2016)

She finished school in record time, graduated in 2017, and received her national diploma in Photography. She draws inspiration from photographers like Annie Leibovitz who is known for her engaging portraits.

She is currently the course assistant for the Intermediate photography course at the Market Photo workshop, a journey which she started in 2019.

She is a skincare enthusiast at heart and has a YouTube channel where she talks about everything that has to do with skincare ( YT: Gugu Ngemntu). She hopes to jump into advertising and marketing in the next few years and be paid to travel and photograph.

As September is celebrated as heritage month in South Africa, we take a moment to reflect on the importance of identity, ownership, and culture.

These legends dedicated their lives to their craft. They have genuinely inspired and paved ways for many, both locally and abroad. A pertinent question to ask is: does their legacy still speak to today’s youth?

The collective of photographers drew from the legends they most resonated with. Zegugu Ngemntu used Glasser’s love for dance and applied it to her favourite genre, “Amapiano” – derived from the word piano, which is currently popular with the youth and making strides worldwide. During her process, she asked herself how Glasser would take on some of the genre’s dance moves. Glasser contributed to the field of dance, founding the iconic Moving Into Dance Mophatong where she taught and mentored disadvantaged youth. Her studio is still based in Newtown, which speaks well to the location of the first phase of the project. She created a unique dance language called “Afrofusion” by fusing African movement and ritual with a Western aesthetic.

“Amapiano” was also created through a blend of musical genres including jazz, deep house, and a bassline element. In addition to the series of photographs, she translated Glasser’s practice of movement by showing a video of her stills with an accompanying audio of an Amapiano song.

The work is seemingly in conversation with Mahooe’s photographs. A form of representation of her lived experience, the colourful images portray another side of people who live in shacks. 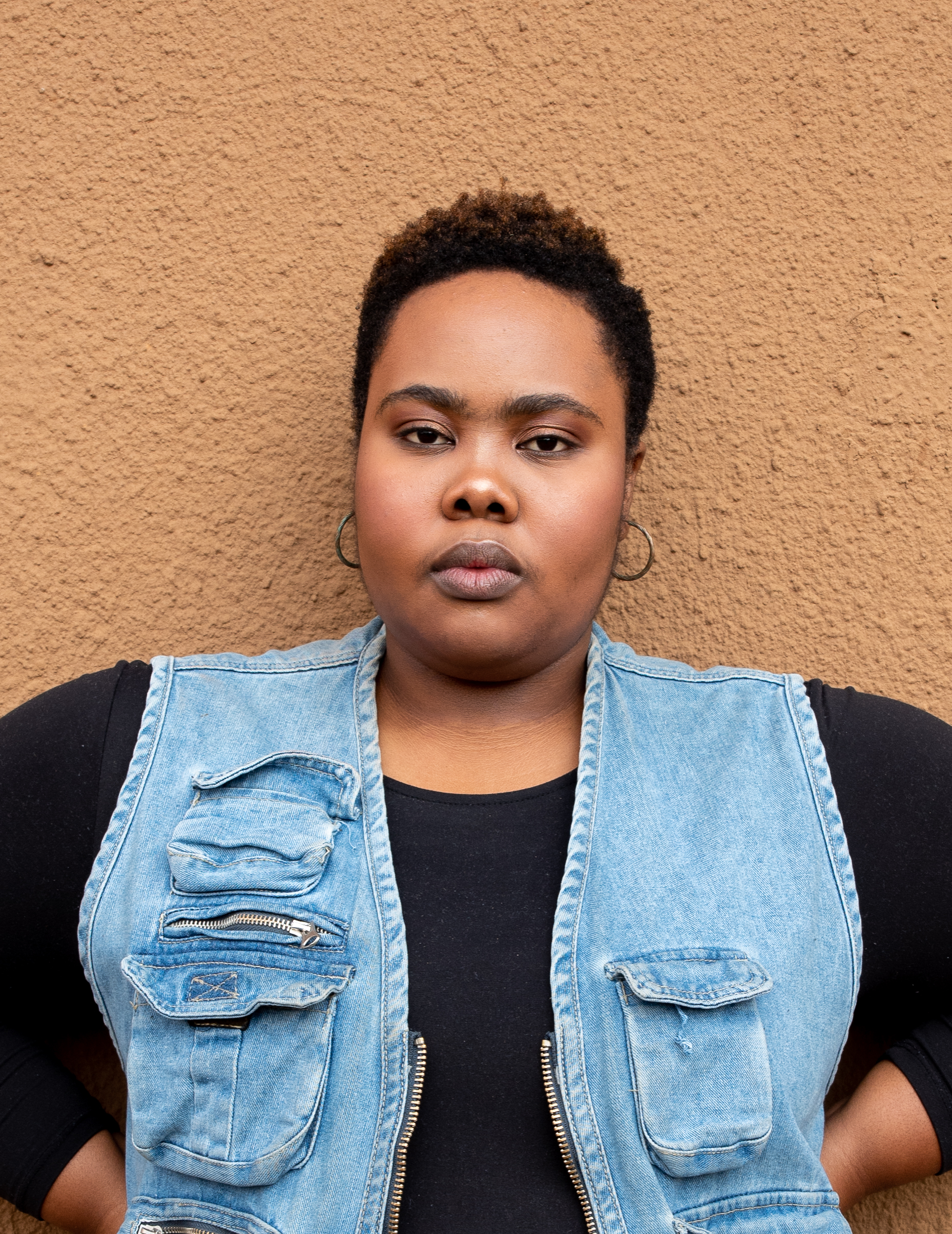