Nqaba Shakes Fatman Mbolekwana is a visual artist, a self-taught photographer and founder of an independent product design and youth lifestyle brand, Boredom Studios. Originally from the Eastern Cape, Shakes grew up in Cape Town and is now currently living, working and studying in Johannesburg, South Africa.

Since childhood, Shakes took on painting as an expressive practice to illustrate his surroundings and portray his inner state of mind and spirit as he's moved across the country with his parents. Over time, his work has featured acrylics, oil paints and mixed media on canvas and wooden boards.

His teenage corresponded with a mounting awareness of the socio-economic parameters in which his family and community operated, prompting a shift towards documentary photography as a tool to make visual statements. Since then, he has been exploring the cognitive processes which flow through one's senses when holding a camera, composing a shot and landing a frame.

Having been raised in a Christian home, the idea of faith and spirituality has often been from a biased point of view. Through photography Shakes also seeks to emancipate himself by being more inclusive and accepting of other forms of practicing faith and spirituality, particularly African spirituality, which is something that has been some sort of forbidden knowledge due to his family choosing to solely believe in the Christian faith.

Beyond addressing social issues, Shakes has been keen to dive into the underlying layers of power, identity, romance, fear and faith as distinct yet inseparable dimensions of the large picture he strives to capture through photography.
May 2020 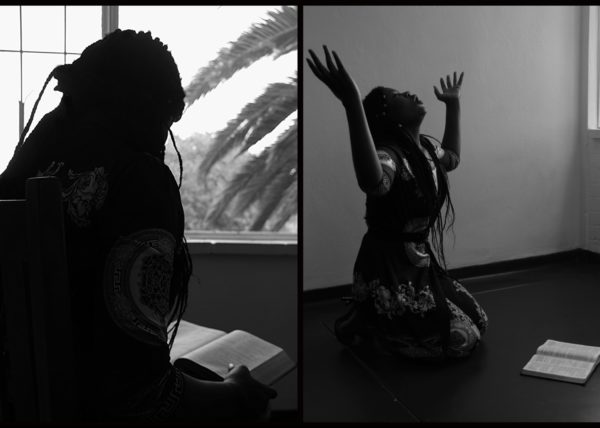 A few Sundays ago, on my way back from picking up some groceries...
Continue reading
Manage Cookie Consent
We use cookies to optimize our website and our service.
Manage options Manage services Manage vendors Read more about these purposes
Preferences
{title} {title} {title}